Where are you from?

I?m from St. Louis. I have one younger, adopted sister, and we grew up in the suburb of St. Louis called Florissant. We grew up in a Catholic ? but not fanatically so ? family, but St. Louis is a pretty Catholic town. Parish life was school life and sports life and social life.

What did you want to be when you grew up? How did music become a part of your life?

I certainly didn?t plan on being a musician! I loved music when I was a kid, but other than the normal kid things, the first thing I really perceived was a solid desire to be a Jesuit. That desire is what took me into the Jesuits in the first place. In high school, we had this very cool Mass at midnight on Saturday. People went on dates and then came to midnight Mass. I got involved in this little music group that played for that. There wasn?t anybody to play bass, and one guy thought he could teach me to play four notes. When we needed a guitar player, I swapped to that. That was my first exposure to that kind of thing. I did it long enough that it carried over to the novitiate. 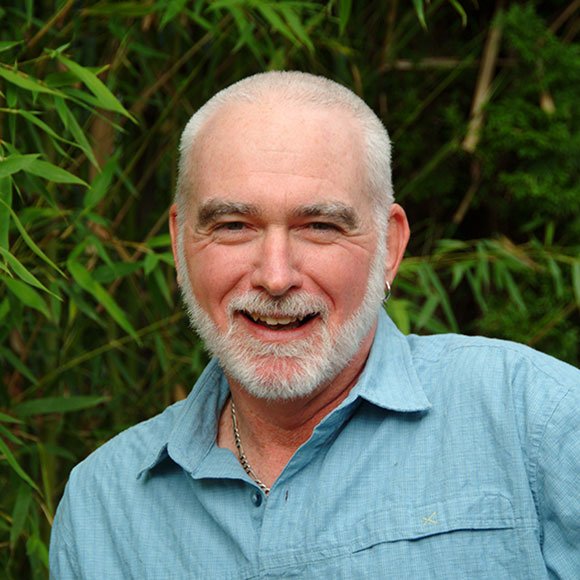 I entered the Jesuits in the fall of 1969. Our novice director used to sit and play piano, singing ?A Foggy Day in London Town? and ?Danny Boy.? His name was Vince O?Flaherty, and he entered the Society after the war. He had done some piano-bar playing before entering the Jesuits. He was very influential on me and on us; he was kind of an artistic guy, and he encouraged the music among us. It was a fortuitous thing to be around his influence at that time.

Who were your musical influences?

As I got older, out of high school and into college, I loved all kinds of folk music and bluegrass. I played bluegrass in a bar after I left the Jesuits. I could get people up and dancing but they?d throw stuff at us, too. I also liked Motown when I first became aware of that music ? the Temptations and such. That was St. Louis dance music. Later on, there were classical influences as music became more a part of my life.

Looking back, what do you remember? What are your impressions?

It seems like I have fifty billion memories. I remember Christmas lights in a recording studio in July in Phoenix so we could do Gentle Night. I remember doing one album, and the other guys had to scatter for the holidays and I was there working on the editing. When I picked John up at the airport, I said, ?There are two pieces of news. First, we?re moving right along on the editing. Second, the producer has been arrested and the tapes have been seized!? My overall feeling is I wouldn?t trade it for anything. It was totally formative of who I am. The St. Louis Jesuits remained the center of my life for a number of years after I left. I went with them out to Seattle, got married there and had my son there. It was an absolutely central and formative part of my life that I wouldn?t trade for anything. It was good, the time I spent with these really different guys with different takes on life, on everything. Of course, we had times when all I wanted to do was rip out somebody?s throat. It was the kind of experience that has that texture. As I look back on it, I know intellectually there were times like that, but I really can?t
feel it.

We were pretty big frogs in the small pond of Catholic music. It was fun to be recognized and to go to different places, to make a living doing workshops all over the country. I think we did some good work. I think we added to the atmosphere of the church in the country.

How many times does one get a chance to have that kind of effect on other people?s lives? It was a good run. What was it like to work together?

I always enjoyed being with all the guys. Mostly it was fun. While some moments were tense, there was also tons of enjoyment from joking around. We had the kind of comradeship that results from time spent together doing something creative. That?s why that experience was so formative. I spent a lot of years working at being in relationship with a group of guys, and most people don?t get the chance to do that. At Fusz, early on, it was just kind of an extension of something that I had enjoyed in high school. There was just the basic enjoyment of being able to continue to do that in maybe a bigger venue. The major point was that we transitioned from being some Jesuits doing music in St. Louis to being The St. Louis Jesuits. I think the experiences were great and one led really naturally to the other.

For you, what were some of the central moments in the history of the group?

Berkeley in 1974 was central. It was the first time we acknowledged we were trying to do more than work together in this Mass ritual program. We became something else and were recognized as something else. Each album was important. The experience of creating something like that is so absorbing, from preparation, to studio?time, to working with other musicians and choirs. Each phase of production had its own flavor and probably had to do with the music and where each of us was in life. For me, the time at the end was important. I decided to move away from living that life of being a part of the group. There were elements of the group that weren?t working for me anymore. The biggest element of that was me. Ultimately, my spirituality was changing.