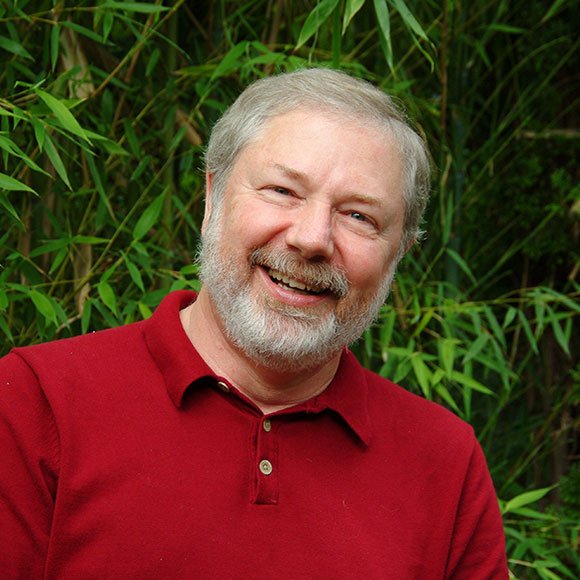 How did you get interested in music? What were your early experiences and influences?

It?s funny, in a way. My family was not very musical at all. We had four records in the house when I was growing up. One was music from South Pacific, one was Beethoven?s 5th Symphony and one was the Nutcracker Suite. I remember putting them on the record player, turning them up loud and imagining I was
conducting the orchestra.

What I wanted to do was be a drummer and play rock-and-roll. As a family with a ton of kids and a small house, my parents thought, rather wisely, they weren?t going to get me drums. They got me an electric guitar, and I started to learn in high school. I mainly learned when I entered the novitiate. There were two guys a year ahead of me who showed me a lot about guitar. They were very patient and, once I got into it, I really liked playing it. I played for liturgies, and we had a novice rock and-roll band. It was called Mogen David and the Grapes of Wrath. It was great fun. Schutte was a year ahead of me. I was learning to play as he was learning to compose.

Pete Townsend was my biggest influence. I just loved the way he played. He had a very primal sense of rhythm, power and grit. Gutsy-type stuff, especially in the rock opera Tommy. Such great chord movement and writing. I also liked, very broadly, the rock-and-roll tradition and folk music. Dylan, Peter, Paul and Mary, stuff like that. Back then, people would sit around and sing throughout an evening. That was a way of being together.

Help me understand what happened after Lord of Light. You?re all together, and then a few years later you put out a last album. What were some of the pieces of that?

We moved up to Seattle in the summer of 1980. I, at thirty, began a bachelor?s music program there. Bob and Dan took other courses, and John was working on an oratorio. We weren?t writing a lot of liturgical music at the time. We were working so hard on learning to relate together, and that took energy away from composition.

Developing our relationships in the group was part of our reason for going to Seattle. (The other was to study music.) We were trying, especially in the second year there, to work on relating and relatedness. We decided that, in order to work as a group, we were going to have to work on communicating better. We spent many hours talking about who we were and trying to relate to each other. Even when Dan moved to Marquette University in 1982, while the rest of us stayed in Seattle, we wrote letters every month or so, summaries of what was going on, just to keep that communication going.

In the summer of 1983, John went to tertianship in Spokane, Duff came to Creighton, I went to Mankato and Tim stayed in Seattle. We kept writing letters and, in January 1984, we came back for a meeting to see what the next step was. Tim said he didn?t want to be part of the group anymore, that he didn?t want to continue with music. We were blown away. It was hard.

In 1985, Dan and I began tertianship. At the beginning of the summer of 1986, about the week before tertianship, Dan and I had lunch. He told me he?d been struggling a lot. He said that he?d decided to leave the Society. This was quite a surprise. The experience of that was hard, especially after having had these times of getting together and making commitments to each other. These hard times strained our relationships. Though we?d grown together, there was also a part of each person wanting to be more expressive in his own right about music and, in one sense, have a little less oversight. One of the good aspects of our separation was that people went on to discover their own style and voice, to explore what it means to compose in the church?s life in the mid-1980s and early 1990s. The goal was to grow in the knowledge and the craft of composition, and each of us went in different paths along those lines.

What sort of a path have you taken since?

Part of the shift for me happened in the mid-1990s. When I was at Weston, I did my thesis on sacred space and the Bible. The most influential thing was a seminar with Jesuit Father Peter Fink on the philosophy of John MacMurray. The issues that really arose for me was how liturgy is truly an encounter of persons. It hadn?t been that for me in a way that was satisfying. As a liturgical musician, my growing sense of boredom with it all prompted me to say, ?I have to figure out what this stuff means or leave it. There has to be more depth in this than I?m realizing.?

Coming to understand some of the tradition helped me refine my vision of liturgy. Reading courses about liturgical catechesis from a pastoral point of view and bringing in my own experience also helped. All of this prompted my way of teaching and the courses I teach, which have a fair amount of experiential data to them.

I think it?s very important to continue pointing to ways that will, hopefully, set some conditions for the possibility that people can deepen their prayer at liturgy and increase their presence to God, themselves and others. The biggest thing we need to do is a kind of a catechesis, a very broad-looking catechesis that still draws its theological foundation from the Second Vatican Council. We could write some music but, more and more, the key element is still going to be catechesis. It seems that middle America, middle and upper class Catholics, middle and upper class Christians, have a danger of becoming irrelevant because we?re not addressing the deepest part of people?s experience. That is a part of coming to the edge, of talking to people in their joys and in their sorrows, in their heights and in their depths. That?s what we all want to be about; that?s certainly what I want to be about. It is an invitation to people to deepen the experience of their relationship to God, themselves and others. Preparing the ground is that act of hope. I teach 20-year-olds and don?t know what they?re going to be like, what the church is going to be like, in twenty or thirty years, but maybe some of this will have a good effect on them.

What are some recurrent themes or images or feelings you find you often draw on?

There?s a phrase that comes up a lot about the name of God ? ?Blessed be the name of God? ? but I don?t know what it means. I hope it?s not just a filler. As far as themes are concerned, a lot of the music I wrote early on tended to be exhortative: ?Seek the Lord,? ?Trust in the Lord,? ?Bless the Lord.? What I?ve done more consciously in the last five years is strive to write more pieces that are second person.

I have this sense, from playing my own music or other people?s, of trying to find the edge. Both a quiet song, like Foley?s ?Holy God? or my ?Jesus the Lord,? or an upbeat song, like ?Lift Up Your Hearts,? reflect that songs do what they need to do. Songs such as ?Holy God? the way Foley has arranged it allow the feelings of reverence, longing and resistance to be there. Part of it, for me, both in performance and composition, is about trying to find the truth of a piece; it?s at thatplace where everything comes together. All of those positive and negative feelings come together. In Dufford?s song ?Save Us, O Lord,? to really experience the ache and the frustration in the performance is what I find to be part of the truth of that piece. It has an edge; there?s a sharpness to it.