What did you want to be growing up?

I wanted to be a pediatrician. That was my plan into high school, until I met some Jesuits and they influenced me in another direction. When I was at Marquette High, the priesthood was in the back of my mind, but I didn?t give it a lot of thought until senior year. Up until that point I was set to go to medical school at Marquette University. That was the plan.

How did you get involved with liturgical music?

In grade school and high school, I was one of the geeks in the band; I played clarinet and saxophone. I didn?t pick up the guitar until I was a junior in high school. It was the days of Simon and Garfunkel, and I got hooked on their music. One of my great influences was Jesuit Father John Eagan, who taught at Marquette High for many years. He loved to take groups of guys out camping along the shores of Lake Superior. At night we?d build a fire after dinner, I?d pull out a guitar and we?d sing folk songs for hours. This was an outlet for my interest in music; it motivated me to learn more. 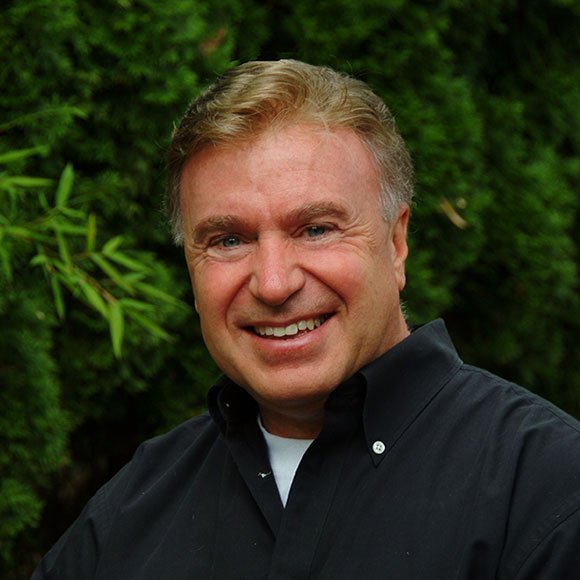 I entered the Jesuit novitiate after high school with that music background. In the novitiate, there were some very fine guitarists in my class and I?d learn from them. It was at the time guitars were being introduced into the Mass; we were permitted to do that. I, along with others, began to introduce guitar-accompanied music into the liturgy.

The biggest influence on my music at this time was a classmate of mine from Omaha, Bill Laird. He and I had about the same level of musical ability, and we had the same inner sense and love for music. During our free time, which wasn?t much, we?d sneak down to the trunk room, the room in the basement where they stored all the luggage. Nobody could hear us down there. We?d play the guitar, learn new songs and, eventually, began to write little pieces and bring them to each other for critique and encouragement.

I?d never written music before in my life, except to make up little melodies as I?d sit at my grandfather?s piano. We had this gentle Jesuit, Father Barney Portz, on the faculty. He was a big influence on Roc, Duff and me. He taught mathematics but was also a musician. He was the choir director, and he recognized musical gifts in us. He?d corner us after we?d finished doing the breakfast dishes and take us down to the trunk room where he?d give us singing lessons. He?d look at these pieces that Bill Laird and I had composed and he?d offer us his comments and suggestions. At some point he?d say, ?You know, I think it?s ready for us to try at Mass; let?s see what happens.? He was really the one who first saw the possibility of my music and encouraged me. He asked me to direct the choir and taught me how to do that.

Who were your early influences?

Simon and Garfunkel; Peter, Paul and Mary; Gordon Lightfoot; Rogers and Hammerstein; Lerner and Lowe. Later on it was the Beatles. The style of Peter, Paul and Mary especially fit the style of music we might be able to do at Mass. Many of their songs grew out of the folk tradition ? that is, music that is meant to be sung by people, ordinary people. Most folk music was never written down but passed from family to family and generation to generation. It was music that people learned by heart and would sit around and sing together. That?s exactly what we do at Mass, in a very simplified way. It was music for people to sing together and less for people to sit and listen to.

What was your first song?

One of the first songs that I wrote was a ?Hail Mary? that has never been published. We sang it a few times at Mass. There were a few pieces from that very early time that have made it. One is ?You are My Sons? that, for inclusive language reasons, later became ?Before the Sun Burned Bright.? When I was writing my Advent and Christmas album, I took the melody of that piece and changed the words to make it an Advent piece.

What did you do after the St. Louis Jesuits split up?

At about the same time that we decided to go our own ways, I made the decision to leave the Society of Jesus. In many ways, I loved being a Jesuit priest ? my life is still steeped in the spirituality of St. Ignatius ? but there was a really important part of my soul that was so unhappy and very alone. I?m sure that some people looking from the outside thought I was making a colossal mistake. Many were shocked and disappointed, and many didn?t understand that this was simmering in me from my time in Berkeley eight years earlier.

Leaving the Jesuits was the most difficult decision I have ever made in my life; it wasn?t that I was angry at the Society of Jesus or didn?t love the priesthood. Rather, there was a great need for intimacy in my life that was so strong that I knew that I would be losing myself if I did not pay attention to it. I was terrified of leaving; I had no idea how I was going to do that, but I knew there was a part of my soul that needed it. I needed to get out of that structure.

I left at the end of the school year, and I lived with my folks for two months until I could find an apartment. I was so afraid and didn?t sleep much for many weeks. I just had to ask God to figure this all out for me because I didn?t know how it was going to work. One of the first things that happened was I got a call from the Wisconsin Province of the Society of Jesus. They said they wanted to return ownership to me of all my copyrights. As a Jesuit, the royalties for my music had gone directly to my Province. It was a very generous thing for them to do. At the time, it gave me a bit of security knowing there would be some income coming in. Then I got a call from a pastor who had heard I might be looking for work. He wondered if I would be willing to serve as music director for a few months. Those three or four months turned into a year, so God was certainly taking care of me.

During the next year, I began my first solo collection of music. Since then, I?ve done seven solo albums: Lover of Us All, Drawn by a Dream, Always and Everywhere, Glory In the Cross, You Are Near, Here I Am, Lord and Prince of Peace. In 1999, I moved to San Francisco where I now make my home. I started working at the University of San Francisco five years ago. I am Composer in Residence, and I am a member of the University Ministry Office. I work as the director of liturgical music, mentoring student singers and musicians and preparing them for future ministry. I also travel, giving concerts and workshops. It is a privilege to meet many good people who love music and want to use their gifts in the service of their communities.