My dad was very interested in music. He had a little band, a quartet that used to play all around the Midwest. It was a great little group with a bass, guitar and harmonica. He loved music, played the piano and harmonica and sang. I had piano lessons in second grade for about six weeks, but I couldn?t stand them. I couldn?t get it, and it drove me nuts. I never learned to play an instrument until I was studying philosophy in college.

When I started going to Mass around sixth grade, I started singing in choirs and learned all the chants. I used to go to Mass almost daily when I was younger. Often the girls wouldn?t show up, so I?d go back there and sing. That continued into high school. I?d mow the lawn and sing at the top of my voice, making up songs or singing songs I knew. I figured nobody could hear me. A lot of it was connected with the liturgy.

I loved Broadway musicals. My folks had a high-fidelity set. We?d play records and listen to My Fair Lady and Tchaikovsky. I would imagine conducting the orchestra. When nobody was home, I?d turn up the volume and conduct. It continued when I entered the Jesuits. The changes in the liturgy were happening just as I was entering the juniorate. I directed the choir and sang in the choir all the time. I learned a few things about music from Barney Portz. 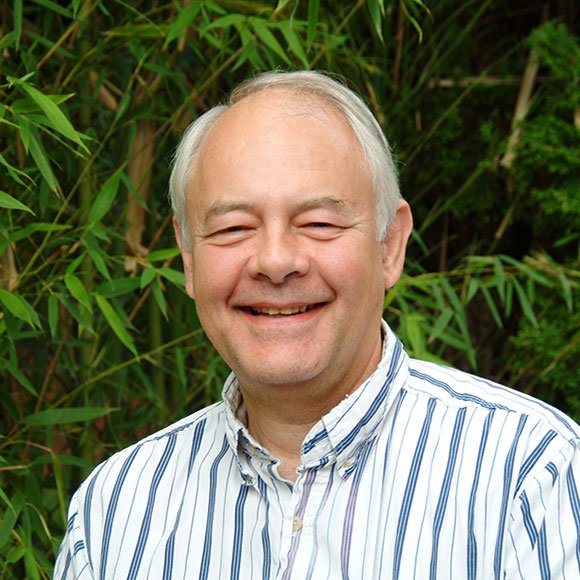 What were your influences?

I was influenced by Broadway musicals: Rodgers and Hammerstein, Lerner and Lowe, Oklahoma, My Fair Lady, Camelot and Oliver. I was also influenced by classical music: Tchaikovsky, Bach, Beethoven and Handel. When I got into the novitiate, three or four of us, on the first Christmas, listened to the complete Messiah. We did it once a year. I just fell in love with Handel. A lot of the early songs I did were influenced by him. For example, in ?Every Valley,? Handel?s ?He shall feed his flock, like a shepherd? becomes ?Like a shepherd, he feeds his flock.? I just wanted people to listen to Handel, and I thought this was one way to do it. I knew pop music, but I wasn?t trying to imitate it.

I was sitting in my room, working on this little chord pattern, and I was singing a melody against it. This was in St. Louis, about nine months after I had gotten a guitar. I had just learned to play a couple months before that. I had just started to notate this little song when a guy from New York Province came in and said, ?What are you doing?? He asked me to sing the song, so I did. Then he said, ?We gotta use that for Good Friday.? I said, ?What?? I had no idea it was going to touch other people. I just wrote music for myself. When I found out other people liked it, I was amazed.

When I was in tertianship, there were four of us; two of us went out to the Indian missions. I thought, ?This will be good. I can get away from the celebrity bit for a while, and nobody is going to know who the St. Louis Jesuits are on the missions.? I ended up doing four workshops while I was out there. My spiritual director told me, ?Maybe what you learned is that this is part of your life, and you have to deal with it.? It?s not always a big thing, it?s just not always a plus. The hard part has been learning to use it and also to let go of it so I don?t start thinking of it as something people owe me.

In the heyday, the mid-1970s through 1995, I was doing fifteen to twenty-five workshops a year around the United States and Canada. I made it to all but seven states in the US. Roc and I also did workshops in Australia. It?s mind boggling that people would pay money to have us fly here and there. I learned a lot about liturgy by trying to put words around it. I read a lot about liturgy and I learned about it from doing it. When I?d be in a workshop and trying to explain things to people, I could see their eyes kind of glaze over. The fact that I was standing in front of them was far more important than anything I was trying to say. It was as though this was working against my ministry. I found I had to use humor to cut through, to remind people we put our pants on one leg at a time, too, and that it just so happened that we knew how to help people sing.